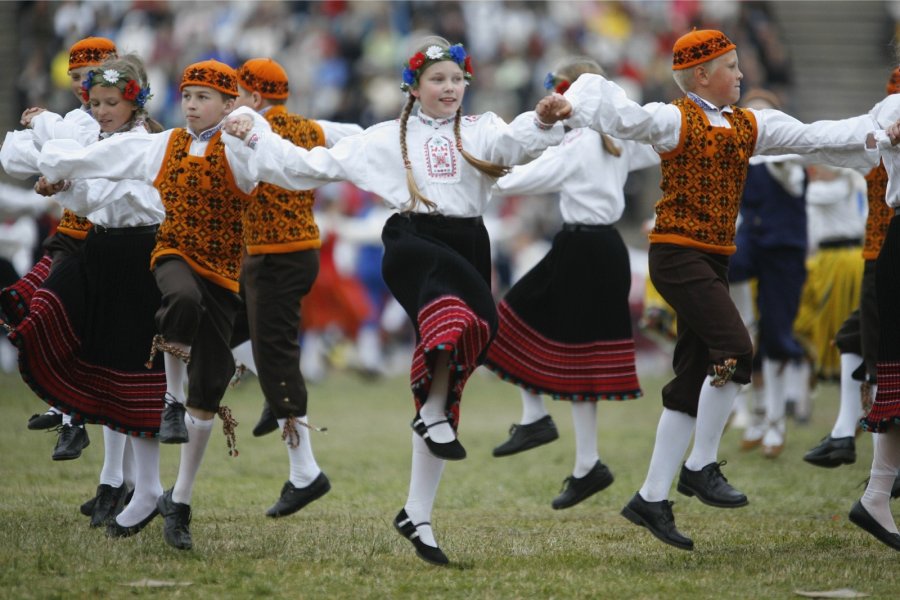 Estonian dancing culture is famous for its ancient rites, roundelays, and extemporaneous dances. It was customary in the old days to accompany folk dances with singing and playing musical instruments (psaltery, bagpipes).   The first mentions of Estonian dances belong to the 13th century. Dancing in the Estonian villages had a ceremonial character