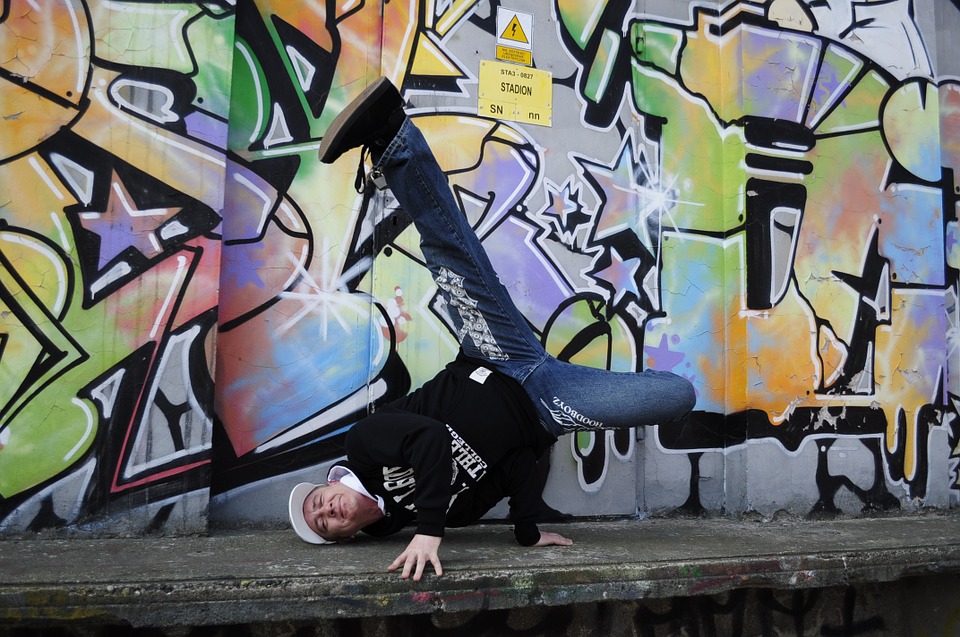 Break dancing is a street dance and one of the trends of hip-hop culture. It originated in the 1960s in New York, the South Bronx. The founder of this dance is considered to be James Brown.

This dance was originally devised to dispute resolution between the black population of the town and replace the shootings and fights with dancing. The breaking style of dance appeared in 1969. James Brown’s contribution to the culture of break dancing to reach the international level. He had used the dance elements of break dance in his video “Get on the Good Foot” which became popular. This video became very popular. The younger generation began to use the movements of break dancing that was essentially borrowed from different dance styles which were popular among American young people. The teams competed in dancing, dividing the city into zones where they trained. Thanks to the breaking, youth could turn aggression in a more peaceful direction. One of the leaders of hip-hop, whose name is Africa Bambaataa, proposed to solve such any conflicts with break dance.

In the 1960’s, break dancing was divided into two areas. The top break was part of the Negro tradition and was used in the Los Angeles-based pantomime. Lower break came from Latino origin and was an acrobatic style.

Subsequently, it became fashionable to have break dance battles, where a dancer could “fight” with his opponent by performing more complex movements. Battles were not always carried out one on one, sometimes there was one team against another. The scale was so large that the culture of break dancing has spread worldwide and has gained popularity in different parts of the world.

Breakdancing is securely entrenched in a youth culture today. They make movies and TV-shows about breaking, hold festivals and battles.

Break dance can be danced by girls (they are called b-girls) and by boys (b-boys).
Dancers usually choose comfortable clothes for dancing that would not restrict movements and allow to perform many tricks. The image of a real b-boy needs to be complemented by a cap and wristband.

There came a certain style of music in connection with the popularity of break dancing. Breaking music has been specially chosen for the movement.

The most popular movement in break dancing is toprock (classical output of the break-dancers begin with it), footwork (lots of footwork performed on the floor), powermove (a set of quick rotations), freeze (freeze for a few seconds in a certain position).